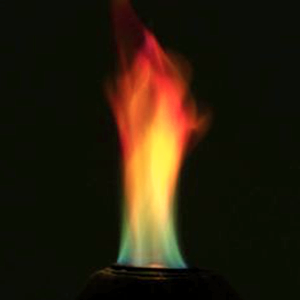 When the ambient temperature, carbon monoxide is a colorless, odorless, tasteless, of origins, both natural and anthropogenic. Carbon monoxide is formed primarily by the incomplete combustion of fossil fuels.

Anthropogenic sources: is formed primarily by the incomplete combustion of fossil fuels.
Other anthropogenic sources: production of steel and iron, petroleum refining, road, air and rail.
Carbon monoxide can accumulate to dangerous levels especially in the calm atmosphere during the winter and spring (which is more chemically stable at low temperatures), the combustion of fossil fuels reaches a maximum.
Carbon monoxide produced from natural sources is quickly dispersed over a large area, without putting human health at risk.

Effects on human health
is a toxic gas, is lethal in high concentrations (at concentrations of about 100 mg / m 3) by reducing the oxygen-carrying capacity of the blood, with consequences on the cardiovascular system and respiratory system.
At relatively low concentrations:
- affects the central nervous system;
- weakens the heart rate, thus decreasing blood volume distributed in the body;
- reduced visual acuity and physical ability;
- exposure over a short period can cause severe fatigue;
- cause shortness of breath and chest pain people with cardiovascular disease;
- causes irritability, headaches, rapid breathing, incoordination, nausea, dizziness, confusion, reduced ability to concentrate.
Segment of the population most affected by carbon monoxide exposure represents: children, the elderly, people with respiratory and cardiovascular diseases, anemic people, smokers.

Effects on plants
At the concentrations typically monitored in the atmosphere has no effect on plants, animals or the environment.