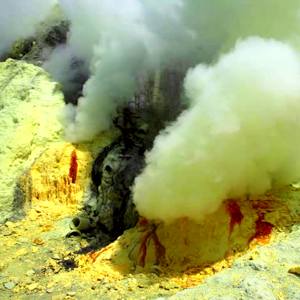 Sulphur dioxide is a colorless, bitter, non-flammable, with a pungent odor that irritates the eyes and respiratory system.

Anthropogenic sources:
(Due to human activities): heating systems of the population that does not use gas, power plants, industrial processes (steel, refinery, sulfuric acid), pulp and paper and, to lesser extent, emissions from diesel engines.

Effects on plants
Sulfur dioxide affects many species of plants visible, negative effect on their structure and tissue is noticeable to the naked eye.
Some of the most sensitive plants are pine, vegetables, acorns red and black, white ash, alfalfa, melons.

Environmental effects
In the atmosphere, contributing to the acidification of precipitation, with toxic effects on vegetation and soil.
Increasing the concentration of sulfur dioxide accelerates the corrosion of metals due to acid formation.
Sulfur oxides can erode stone, masonry, paints, fibers, paper, leather and electrical components.